Yet Another FAQ (Plus a Few Words about Revision) 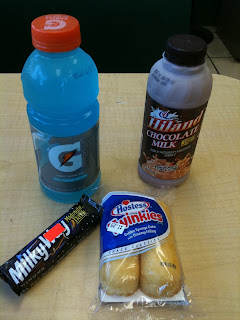 I tell my students that writing is all about revision. All writers’ drafts are crap at the outset, and it’s only through careful, astute revision that strong writing emerges. But what is revision? One thing it’s not is proofreading; correcting spelling and grammar mistakes, changing a word here and there, maybe adding a sentence are all final steps in the writing process, and jumping directly there from drafting is to leave out the part that involves the real work. That work—revision—is like radical surgery, the kind involving amputations, resections, grafts, and reconstructions. And when you’re performing such procedures on something you love…well, it can be difficult.
Difficult but necessary. And the best way to approach the task is without emotion. Yes, you may have worked hard to write that particular scene, but that doesn’t change the fact that it might not help the story and therefore needs to go. The same might apply to a character you happen to like. Or the narrative point of view. Every great novel has its phantom limbs, which are felt most keenly by the person who did the messy business of removal—the author. My own approach to revision is best summed up by a line from my favorite movie: “it’s not personal…it’s strictly business” (if I have to name the movie, then I don’t even know what to say to you), and I’ve been repeating this line to myself ad nauseum over my winter break, which I’ve spent cutting and slashing material from my book, trying to get it down to a reasonable fighting weight of about 100,000 words. It’s slow going, but not because of the emotion; revision is hard work even without that.
So with all this said, I’m presenting another installment of my “Frequently Asked Questions.” One caveat, though. These short pieces might not be the “sneak previews” as originally billed; they may very well end up being deleted scenes.
Without further delay, here is today’s question:

“What Did You Eat?”
Lots and lots of crap.
When I told people that I was going to bike cross country, alone, they pictured vast expanses of nothingness where I’d have to dig for water and forage for meals. I have to admit that I’d pictured a little of this myself. Chopping wood for a fire, clambering down rocks to get water from a reservoir, cooking up a nutritious gruel made with whatever roots and berries I could scavenge.
But I never cooked a thing while on tour.
The vast majority of my food came from gas stations or grocery stores with names like “Piggly Wiggly,” “Ingels,” “Loaf ‘n’ Jug,” “Shnucks,” and “Harris Teeter” (I thought that this last one, when I first saw it, was an upscale furniture store).
Also, I didn’t carry a lot of food with me.
In the morning I would eat and drink leftovers from the night before. A bottle of Vitamin Water, a banana, maybe half a bagel. Throughout the day at various stops, I would load up on the same and indulge every now and then.
I went through a Milky Way phase in Kansas and switched to Three Musketeers in Tennessee. About 90% of my gas station stops resulted in the purchase of a cherry pie. The Hostess version had better icing, but the Little Debbie ones were cheaper and came in a box that kept them from being crushed in my overstuffed handlebar bag.
In Arizona I discovered the single greatest beverage in the history of beverages: The Vanilla Rockin’ Refuel from Shamrock Farms. Sweet nectar from the heavens. In addition to taste, it had everything I could hope for in a road drink: calcium, vitamins, fat, sugar, and a shitload of calories.
And then there were Clif Bars. I always had one or two of these tucked away somewhere on my bike. Unlike so many other protein or meal replacement bars, Clif Bars don’t pretend to be candy bars, so there’s no chocolaty coating to degrade into a gooey mess after sitting in my handlebar bag for more than twenty seconds. I ate so many Clif Bars that I can no longer eat Clif Bars. Just typing the name makes me a little queasy.
I didn’t carry food, but I met a few bikers who did. One was a young guy heading from Orlando to San Francisco. Stashed in various places on his bike were two family-size cans of vegetarian baked beans, cups of instant mac ‘n’ cheese, cans of soup, a couple of boxes of rice and beans, a loaf of bread, and a huge jar of peanut butter. On top of this, he had a small cookset and stove. He was obsessed with caloric intake and kept to a schedule where he ate five meals a day, making sure that each one packed at least two thousand calories.
I met another biker who always had a bag of bagels with him. We bunked together one night, and I watched him work his way through half of it. He washed it down with a half gallon of orange juice. "Eating for tomorrow," he said, juice running down his face.
Food was sustenance, and I’d shovel it in like coal to a raging furnace. But once in a while it seemed to be something more. A bag of pretzels from a guy named Pete at a gas station just over the Kansas-Missouri border. A peanut butter and jelly sandwich from a mom at a scenic overlook in Tennessee. A bottle of water from a guy named Sam at another gas station, this one in North Carolina. Whenever strangers stopped what they were doing and gave me something to drink or eat, I’d feel a little less alone.
I met Alan in the Ozarks. He was in his late fifties, worked for the forest service in New Zealand, and was on his way from Astoria, Oregon to Yorktown, Virginia. Our paths crossed for two nights running. On the first night, I learned about how his wife had died of cancer, how he’d felt lost after that, and how he found his way back on his bike. On the second night, I dragged him through rain-soaked streets to a $4.99 all-you-can-eat pizza buffet. I was in the mood for some serious eating, and it turned out that Alan was, too. We very nearly cleaned them out. Between the nine different kinds of pizza, the pasta (with a choice of marinara or alfredo), a loaded salad bar, and stacks of crunchy-on-the-outside-chewy-on-the-inside brownies, we racked up over a dozen plates of food. By the time we were done, our table looked like the wreckage from a little league team after its end-of-season party. We shared some of the stories from the road and our lives in that brightly lit booth, and in the morning we would part ways, Alan heading north to St. Louis and me due west to Chester, Illinois. We never saw each other again—I knew we wouldn’t—but when I remember our brief friendship, I can still see those steaming platters of pepperoni pizza, the heaps of salad and toppings, those plates overflowing with sugar-dusted brownies.

Posted by Rocco Versaci at 4:07 PM No comments: