Well, the time has come. For the last few days, I’ve stepped out of the shower to find my neck matted with hair. Yesterday, all that hair loss became--at least to me--noticeable; I looked like I’d had a haircut. This morning, I could gently pinch the hair on my head and come away with this: 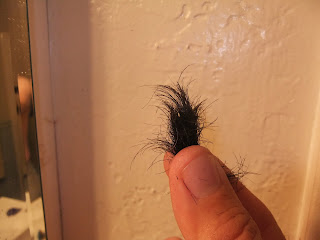 So, here’s where I started: 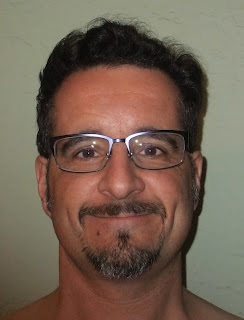 I don’t know how many people have shaved their heads before, but it has to be done in stages. Stage one is with the electric clippers, starting at the third-lowest setting and working down to the lowest. And perhaps it goes without saying that this stage demands a Mohawk: 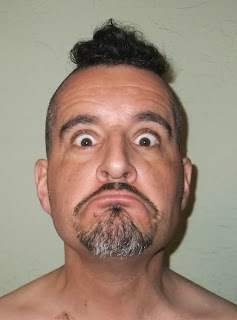 I post this picture in part as a shout-out to one of my students this semetser (you know who you are, and thanks again for the book!)

Next, I lose the Mohawk: 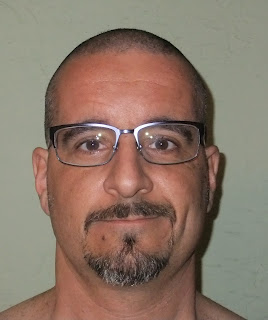 Up to this point, I’ve been using only my electric clippers. Now it’s time to get serious, so out comes the shaving cream: 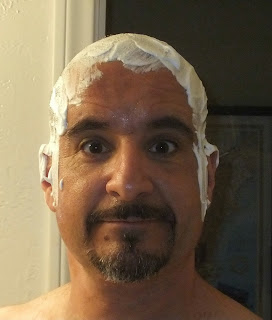 The result? A head as smooth as a baby’s bottom: 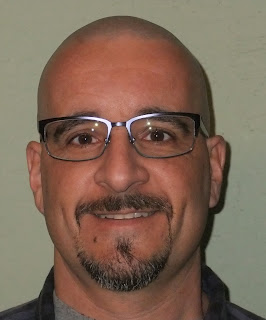 So is this how I’ll venture out into the world? Probably not; I think I’ll make my initial appearances with a little more flair: 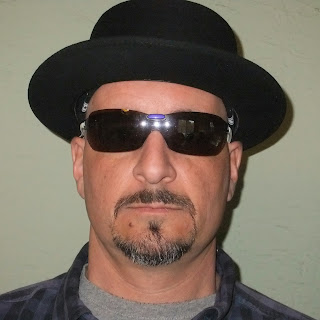 For now, I'm going to leave my facial hair. It's falling out, too, but I'm content to let it come out on its own. As for the new look, I don't think that “Heisenberg” will work as an alter ego—I don’t know enough about science. Maybe…Hemingway?