When I had cancer the first time, there was no surgery involved, so my physical encumbrances were all chemo-related—fatigue, loss of appetite, some nausea, neuropathy, yada yada yada. Now, though, it’s different. Less than a week removed from surgery and a few days removed from two procedures that were more invasive than I remembered/realized, I’m finding the physical obstacles to be a lot greater. This morning I was able to take a shower for the first time since Thursday, but first I had to waterproof the bandages covering my port, which basically take up the top right quadrant of my chest. And I’ll have to keep doing this until those bandages come off next Thursday. This led to an interesting shower, during which I was required to perform an amazing array of acrobatics that were made even more challenging because, for some reason, I decided to drop the soap no less than four times.

When I’m not contorting myself in the shower, I sit and stand very carefully and developed the habit of announcing that I’m doing so with either a grimace, wince, or grunt. Sometimes it’s all three at once. As far as walking goes, my gait is somewhere between a lumber and shamble, and as I moving slowly down the hallway this morning, I thought of THIS SCENE. And it reminded me how I spent my down time during chemo back in 2003.

Not real ones, of course; I made monsters from model kits, mainly from a long-defunct company called Aurora. When I was a kid, model-making was my number-one hobby. But with a ten-year-old’s hands, an impatient and crummy eye for detail, and those awful Testor’s enamels whose fumes probably mutated the cells that turned cancerous on me, the end products looked like crap. For some reason, though, I decided to resurrect this hobby during that summer of chemotherapy.

(Okay, no need to be cute here; there was very clearly a reason—or, more accurately, a blatantly transparent psychological impetus. Faced with my own mortality, I probably felt the need to reach back to my youth in order to recapture its illusion of innocence and safety. Sue me.)

Motivations aside, I spent a lot of time and money on eBay tracking down unbuilt kits from the past. Then, after digging up some modeling tips on the internet and finding out all about acrylic paints, I made some kick-ass models that summer.

Here’s one that captures how I usually feel: 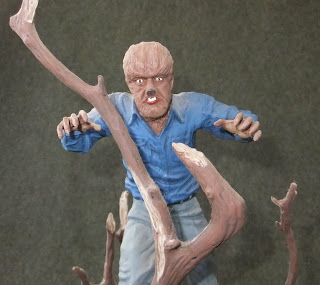 And here’s one that pretty much sums up how I feel right now: 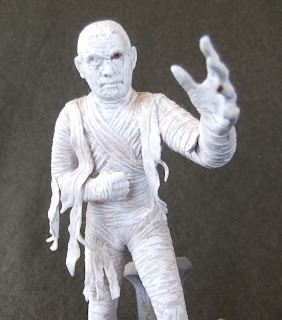 I made other monsters—the Creature from the Black Lagoon, Frankenstein’s monster—and I made some heroes, too—Batman, Robin, Superman. My favorite characters, however, have always been a little hero and monster. One of these is the Hulk, whom I’ve already written about HERE. Another is this guy: 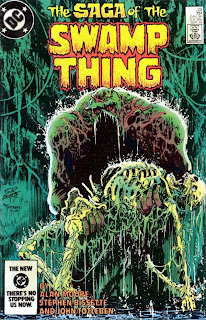 I might return to this hobby in the upcoming weeks. I still have an unbuilt Dracula model in my closet. I really wish there was a Swamp Thing model out there, though. In fact, I’d give my right nu—

Whoops. Too late for that.