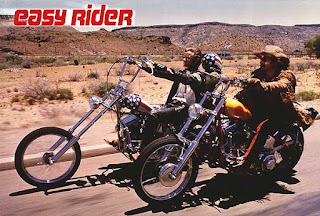 A vivid memory from my cross-country bike ride (yes, it's an excerpt from the book):

It was getting late on my fourth day out, and I’d stopped at a gas station called “Wheelie’s 76” in Palo Verde, California.  I’d just inhaled a S’mores-flavored energy bar, a Milky Way, a banana nut muffin the size of my fist, a pint of chocolate milk, and a one-liter bottle of fruit punch Gatorade.  I didn’t know it yet, but some version of this obscene caloric intake was going to become a typical midday meal for me, and even though an hour after consuming it I’d be hungry again, those first few post-snack minutes always left me sated and, sometimes, a little woozy.  That I was standing in the heat and the wind didn’t help.  As I walked to the bathroom behind the building, I could hear the liquid sloshing around in my stomach, and I could picture little chunks of muffin floating in a sea of brownish-red fluid—or whatever color chocolate milk and red Gatorade make when mixed.

This soupy mixture lurched as the stench from the bathroom hit me.  The best I can say about that space was that it was almost big enough to accommodate the pile of sanitary pads and dirty diapers on the floor by the garbage can, the half-eaten burrito by the sink, and the used clumps of toilet paper that fell a little to the right of the toilet itself.  I breathed through my mouth as I swiped a fresh coating of Chamois Glide over my saddle sores and reapplied sunscreen over the exposed parts of my legs, arms, and face.  I got out of there as fast as I could and was just about to roll back onto the road when my phone chirped.  It was a five-word text message from my buddy Jerry in Chicago: Dude, Dennis Hopper just died.

Flashback to me as a kid, circa 1979.  I was in the sixth grade, and every day after school I’d be spread out on the gold shag carpet in our living room, the television tuned to Channel 7 for The3:30 Movie.  There was a different theme each week, but I only remember two:  “Animals Amok!” (Frogs, Night of the Lepus, Food of the Gods) and “Jack Nicholson.”  On the last day of Nicholson week, they showed Easy Rider, and even though it was edited for television—ridiculously edited, I’d find out years later—I was immediately caught up in the story of Billy the Kid and Captain America and their idea to just drop out and hit the open road.

It was beyond me then to pick up on any cautionary messages about the hazards of that open road or the complexities of freedom; I didn’t dwell too long on the image of both men dead alongside their burning motorcycles, and I’d completely missed Peter Fonda’s line, “We blew it.”  At that point in my life and for many years after, I absorbed road stories through a filter that blocked out everything except that thrill of doing your own thing and to hell with what anyone else thought.  I watched the scene where Hopper, Fonda, and Nicholson get harassed by the anti-hippie guys in the restaurant, and I let myself believe it was a reflection of my own life, where I saw The Man hard at work bringing me down at school, at church, and at home.  Spelling tests and phonics workbooks.  Report cards and parent-teacher conferences.  Dressing up on Sundays.  Chores.  The monotony of my parents’ lives and jobs.  Dad to work at seven.  Dad home at five.  Dinner at six.  Hey, what’s your dad do, anyway?  I dunno.  Goes to an office.  Weekend chores.  Two weeks’ summer vacation spent on another driving trip to New York to see the same relatives and friends.  Rinse and repeat.

All those rules and all that regularity weren’t for me.  On the road was where things were happening.  As long as I stayed out of the South and away from guys with shotguns in pickup trucks, I’d be fine.

So I began hitting that open road.  Of course, it wasn’t on a motorcycle; it was on the banana seat of my metallic orange AMF Roadmaster Renegade.  And by “road” I mean sidewalk, and by “open” I mean carefully bordered by trim lawns and little fences made of white plastic posts connected by white plastic chains.  I would have liked a helmet with the stars and stripes on it like in the movie—it seemed wrong even though I couldn’t say why—but they weren’t for sale in my suburb.  The best I could do was my plastic Chicago Bears helmet.  Back then kids didn’t wear helmets at all, so after a few taunts from some older kids on the other side of our townhouse development, I tossed it back in the basement.  None of that dampened my enthusiasm or the guitar riffs of “Born to Be Wild” that I felt in my chest.

I brought the road inside, too.  In one of my comic books, there was an ad for posters.  Farrah Fawcett in that orange swimsuit, John Travolta in his white disco finery, Bruce Lee and his bare chest.  They were the big sellers, and they sat atop a few columns of tiny typeface.  And there, hiding in that small print, were the words  Easy Rider.  I talked my mom into writing a check for me, and six-to-eight weeks later I was standing on my bed and thumbtacking into the wall a full-color image of Fonda and Hopper tooling down the road.  If my parents had known a little more about movies, or about 1960s drug culture, or about my growing restlessness with the predictability of our normal lives, they would have been upset about much more than the holes in the unblemished tan wall, which is what my dad yelled about when he got home from work.

I’d lie on my bed and stare at those two on their bikes and imagine myself on that highway.  Only maybe not on a motorcycle.  Maybe in an old car.  Or hitchhiking.  And maybe not even a highway, exactly, but something like it, where the whole point would be to roam the great unknown and have adventures and not have to deal with ordinary, everyday bullshit.  Thumbtack holes?  Gimme a break.

In the Wheelie’s 76 parking lot, the wind blew hot across my face, pulling me out of my memory.  As I read Jerry’s message again and tried to come up with some suitable response, my right knee grew stiff bracing myself against the dry gusts that had been pummeling me all day.  The sugar I had ingested was starting to congeal in my gut, and I took a long drink of water to wash the stickiness from my mouth.  I put my phone away.  Palo Verde didn’t amount to much, but its geometric fields were green and lush and a welcome change from the white desert that I’d just pedaled through.  I had a little bit further to go to get to Blythe, a bigger town on the Colorado River, which I would cross the next morning.  I hoped that I’d have the energy to get where I was headed.

I knew I should get back on the road, but I couldn’t move.

What was I doing out here?  Why wasn’t I back home with my sons, relaxing in front of the TV or taking a walk or doing any of the things that normal people do?  I was a forty-two-year-old man on his bicycle.  This wasn’t Easy Rider.  How the hell did I get here?

The answer wasn’t simple.  Before I left, ten different friends would ask me why I was going, and I’d have ten different answers.  The one that had the most traction was direct and simple:  I want to see if I can do it.  Many of these friends knew me for being politically active at school, which meant fighting with the administration.  They’d also seen me through chemotherapy.  Locking onto a challenge like a cross-country bike ride must have seemed to them like a natural extension of my personality.  But in my head I was a lot less sure.  Part of me was doing it because cancer had made me feel weak, and I wanted to do something big that would make me feel strong again.  Part of me wanted that big adventure that I’d dreamed about when I was younger.  Yet another part of me was starting to really understand the truth that our most precious resource—time—is irreplaceable and constantly being spent, and once I got the idea of a cross-country bike ride in my head, it was joined by a vivid and frightening image:  me, as an older man who’d passed on the ride, thinking, I should’ve done it.

And then part of me felt like I’d had some solid ideas about who I was, but they turned out to be not as solid as I thought, and what I needed was to find a new way to see myself, where I was, and how I’d gotten there.

I held my phone and waited for something to come, but those five words seemed to say it all.  Dude, Dennis Hopper just died...

Posted by Rocco Versaci at 8:11 PM

Email ThisBlogThis!Share to TwitterShare to FacebookShare to Pinterest
Labels: Biking, That Hidden Road