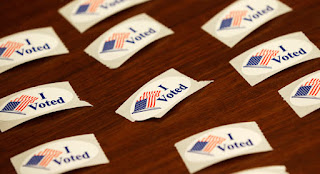 A few weeks ago in one of my classes, we were discussing what is perhaps the greatest piece of argumentation ever written, Martin Luther King Jr.’s “Letter from a Birmingham Jail.” Our focus on appeals, structure, and imagery eventually gave way to a conversation about larger issues of inequalities in our society, the nature of protest, and empowerment.

Teaching at a community college, I see these issues—especially the last one—as central to my students’ lives. For the most part, my students find their way to my classroom for two obvious reasons: they can’t afford four-year school or they couldn’t get into a four-year school. There’s another reason, too; they believe, as I do, that education is empowering.

The problem is that a lot of students define “empowerment” in purely economic terms. That is, an education equals a job, and a job equals better pay and financial security.

There’s no denying that people with a college degree have greater earning power than those who don’t, but that’s not the only way that the educated are empowered. A well-rounded education fosters an attitude of active engagement with the ideas and issues that shape our world. Provided, of course, that students are willing to become engaged.

Some of my students are still working on this, as I found out last week.

As a rule, I avoid discussing election specifics, but this year there’s a ballot measure in California regarding educational funding that directly impacts my students. If Proposition 30 fails, the public K-12 and higher education school system is going to face massive, mission-altering cuts. The number of courses alone—coupled with the inevitable spikes in student tuition and fees—will derail most of my students’ educational plans. Some will be derailed permanently.

For a few seconds I was speechless. Then I let them have it.

I told them that a big reason why education has dropped so far on the funding priority list is that people their age don’t vote, and lawmakers know it. As long as young people choose to remain uninformed about the political issues that affect them and refuse to make their voices heard at the ballot box, then there will be little incentive in the halls of power to change things. Public education—the “great equalizer,” in Horace Mann’s words—will continue to get strangled out of funds, test scores will continue to drop, teachers will continue to be blamed, and education will become more and more expensive until access will be limited to the wealthy.

Their responses were predictable. I don’t know who to vote for. They’re all crooks. My vote doesn’t matter.

These were just examples of lazy thinking, and I told them so.

If people try to silence your voice, that’s one thing. King and his fellow civil rights activists knew how to respond to that.

Silencing yourself, though, is something else entirely, and if today’s students hope to be truly empowered, then they need to realize that education is about more than a piece of paper, and it’s about more than collecting a bigger paycheck. It’s about finding out what’s going on and taking part.

One way to do that is to be an informed voter. It’s not just our right; it’s our obligation.
Posted by Rocco Versaci at 7:36 PM